“There is no greater burden than carrying an untold story.”   Maya Angelou

Eighty percent of the world’s refugees and internally displaced people are women and children.

In order to humanize these statistics, we are gathering stories of women and children from around the world who have experienced war or live in war impacted areas – with an expanded definition of war we include many who are not normally cited – in the United States we are collecting stories from Native American women whose lives are burdened by a legacy of trans-generational trauma – as are other women from places like New Orleans which at one point had more killings than Iraq at its peak. 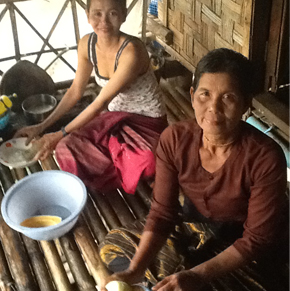 There are many places in the developed world that meet the criteria as war zones past or present that do not generate press to hold these beleaguered communities and people in the context of war.  In this project, we are not looking at politics or perpetrators, we are simply sharing stories of experience. And, we help where we can to resolve symptoms of toxic stress as well as offering resources toward re-mediating other problems. Our goals are publicizing stories and building resilience and sustainability of gains made by our story tellers by engaging in our program.

We asked ourselves how these women cope and care for their families and themselves. How did/do the community children fare? — their daughters who are often raped or sold into the sex trade? — their sons who are most at risk to be conscripted, murdered, or are radicalized or imprisoned?  The challenges are different for each.

What are the lingering symptoms of encountering the severe stresses of war? What unknown aspects of self were called up by these circumstances? What gave them the strength to survive and persevere.  And last, what do they want the world to know? 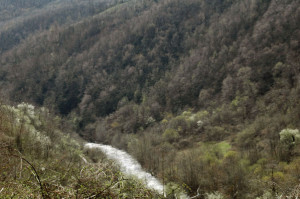 How do the stories of the war vary from women to women, region to region, country to country? – it is here at these confluences of the collected stories that we see the commonalities and differences.

Because trauma lives within the story, we were very concerned about re-traumatizing or adding another adverse experience to an already burdened psyche. So, before we gather these stories, we teach the neuroscience underlying toxic stress symptoms to help those people who experience the often debilitating symptoms to understand that symptoms are neurologically caused and not a product of inherent psychological weakness.  Then, in the story gathering process, we embed ancient methods of trauma resolution which can be taught and applied on a peer to peer level.  For follow up, we collaborate with the communities that have invited us to create culturally appropriate Self-Care practices. These practices with combined with the storytelling process often produce long term resilience and capacity building.

We are honored to provide Witness for these women and are dedicated to recording and celebrating the courage, sacrifice, creativity, and strengths that all too often go unacknowledged.

Write and tell us if you would like to be involved. There are many roles to play. Feel free to request details of this project.

A project of Ashlar Center for Narrative Arts