Odette: No home, no shoes 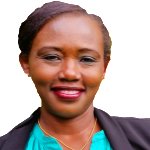 I did not know that I was a refugee until one day in school in Uganda. I must have been six or seven years old. We were playing a skipping rope game with teams. I was very good at it jumping up and down in my little bare feet – I did not get shoes until I was much older. My team was winning. One of the other team’s children didn’t like that.  “Go back to Rwanda, you are just a refugee!” What?  I thought I was  Ugandan because I was born there.

I went home crying and my parents told me we were from Rwanda and it was very dangerous living there – so we left. We lost much of our family who stayed. Later, my family of 12 children and parents were displaced again in the Ugandan civil war.

Life as a refugee was very difficult. A lot of people had to change their names in order to be accepted in schools as citizen/nationals. In the University, certain courses, especially professional courses were out of reach for the children of refugees. In some countries like Burundi the children of refugees were required to get more than eighty per cent of the marks in national exams in order to be admitted in the University. There were all sorts of non tariff barriers along the way in the development of a refugee in a foreign country. But above all refugees lacked resources to better their lives.

My father was doing menial jobs at the local bank as a Post Man. Life was very difficult but my mother was very strong on her children and she brought us up in a highly disciplined manner. My father was educated in Rwanda up to 7 years. When they were in Rwanda he was working as accountant clerk and this was a dignified job at that time, but now we were in a foreign country, which was Anglophone while our country of origin was Francophone.

When I went to school other children used to tease me a lot and calling us names. They looked down upon us because we were poor and some of these children used to see our parents coming to provide manual work in exchange of money or food. They considered us as there inferiors and this used to hurt me so much. 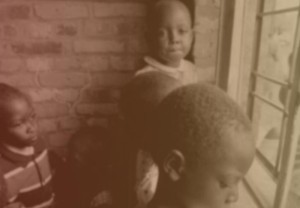 I joined primary school when I was 6 years of age and my father found it very difficult to send us to school. His income was simply too little to manage to send all of us to school. Faced with that dilemma he decided to send the boys to school and I was advised to stay at home. I cried every day and my parents were really heart broken. There was a parish priest Fr. Leo at a parish in town managed by the Holy Sacrament priests. Fr. Leo was an American and a neighbor of ours told my parents in my hearing that Fr. Leo of Kimanya Parish was assisting needy children to go to school.

Next morning I went to the parish to see Fr. Leo. I was crying when I told him that I wanted to go to school by my parents were too poor to support my education. I was so scared of the white man, I had not seen one before and did not understand what he told me in American English. I simply imagined that he had told me that he could not sponsor my education.  So that was that, I was not going to be able to go to school.

Three days after, I was accompanying my pregnant mother to the hospital, on my back I was carrying my little brother who was sick when I met the headmaster of our local primary school. He told me that Fr. Leo had instructed him to admit me, that I should go and get school requirements and immediately come to start school. I joined Primary 3 and he paid for my school fees till I finished primary and Secondary school. This was a key to my life’s success story – I am so grateful!

I got married to my husband who was working in Kenya where I got a teaching job. In 1983 my husband got a job in Juba Sudan where I accompanied him. Life became much better but I always felt the need to have a homeland. I was still a refugee.

In 1986 my husband got a job in an NGO African Medical and Research foundation (AMREF) and we moved to Uganda where my parents still lived. We joined the struggle to go back to Rwanda.

In 1994 after 4 years of armed struggle, genocide occurred in Rwanda in which many members of my family who were involved in the armed struggle died. I lost 2  brothers many cousins and 2 brothers in law and many relatives and friends.

My husband was appointed Ambassador of Rwanda to Japan but when we went back in Rwanda we found many of our relatives were massacred in genocide. It was traumatic. My parents went back home to find their loved ones killed in the most macabre manner you could imagine. But life continued and the new government of national unity did a lot to reconcile the wounded population.